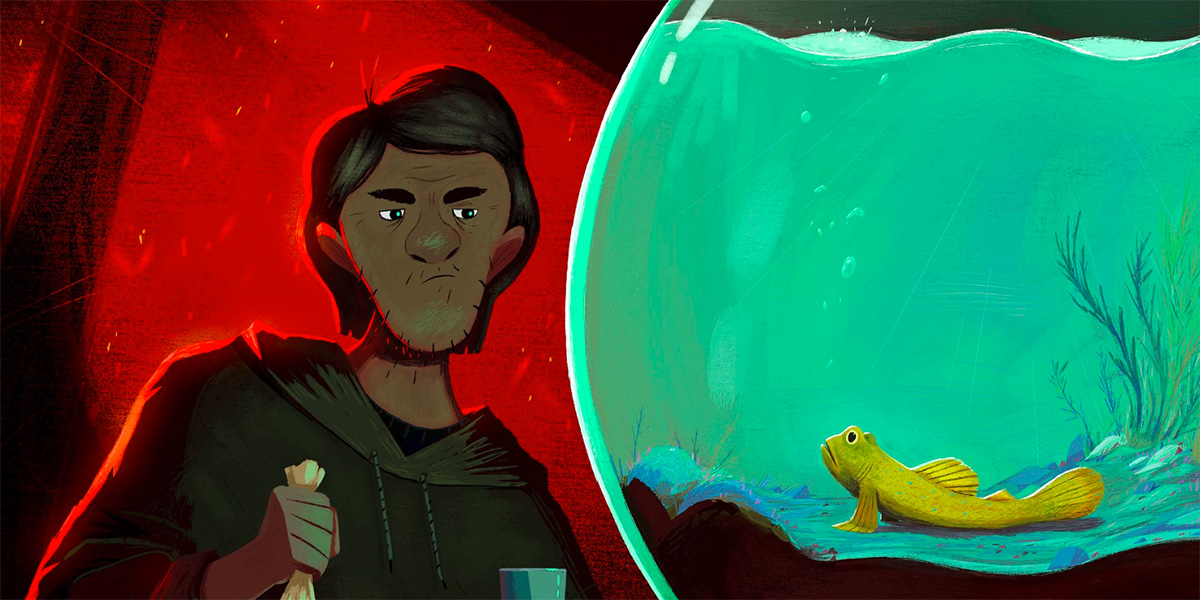 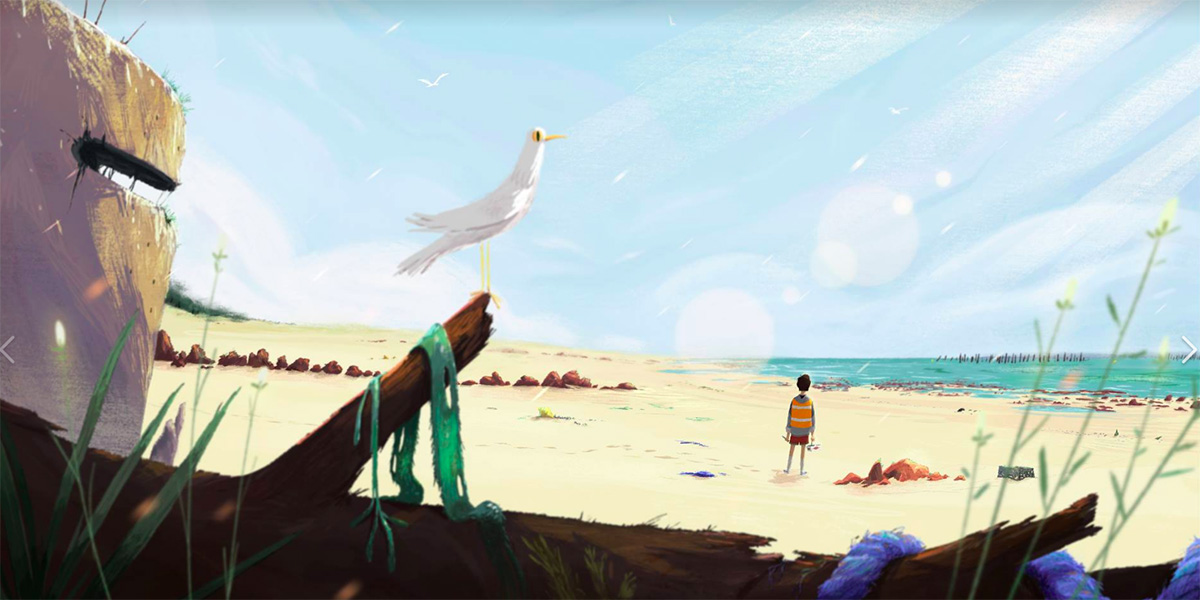 Team DroniX’ follows the adventures of three drone enthusiasts, pilot Buck Roquette, designer Tim Chessmat and engineer Vicky Risk, who meet in the prestigious Hawkings Academy, the mecca of everything high-tech. Together, they build a one-of-a-kind drone, DroniX, competing against fellow student teams and garnering envy from a few evil-intentioned individuals.

In a remote camp by the Vercors mount, six members of the resistance, forgotten by the general staff, are fighting boredom, frustration and a rough everyday life. Driven by inactivity, Joseph, the new guy, challenges his uncle, who is in charge of the camp. Little by little, Joseph is gripped by madness and it spreads to all the others.

The World According to Amazon

A global exploration of the multinational that aims to establish itself as the only company that meets all of our needs. A film written and directed by the author of In The Amazon (Fayard), the book that plunges into the world of Amazon. 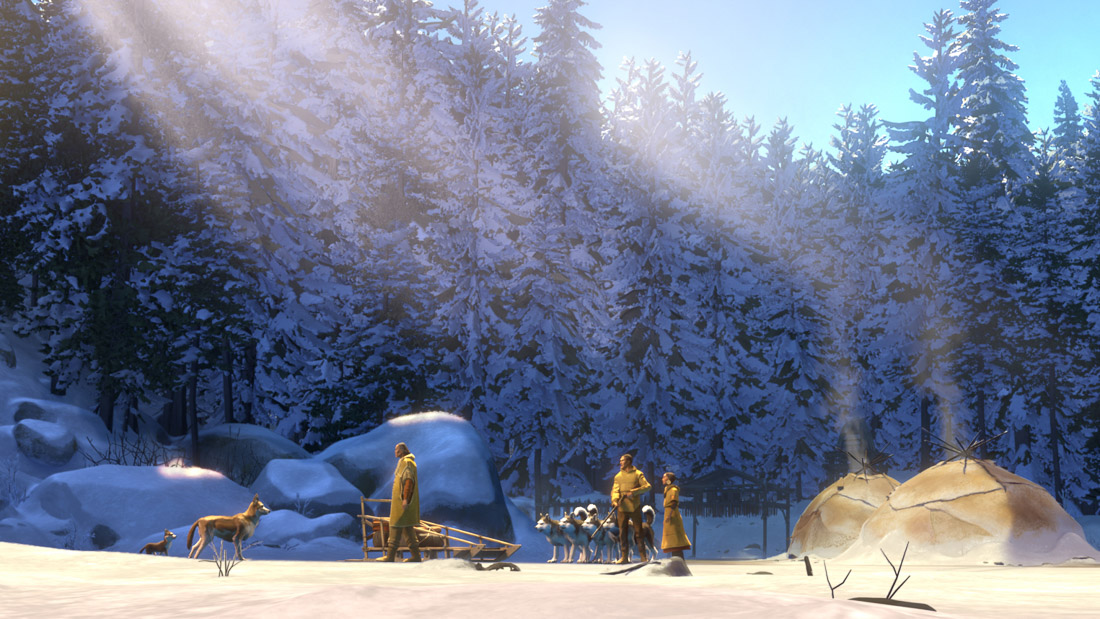 Inspired by the work of Jack London, White Fang is about redemption: a wolfdog, dragged into a spiral of violence until his cruelty makes him a legend, feared by everybody. And then, two humans manage to awaken the feelings buried deep in him. 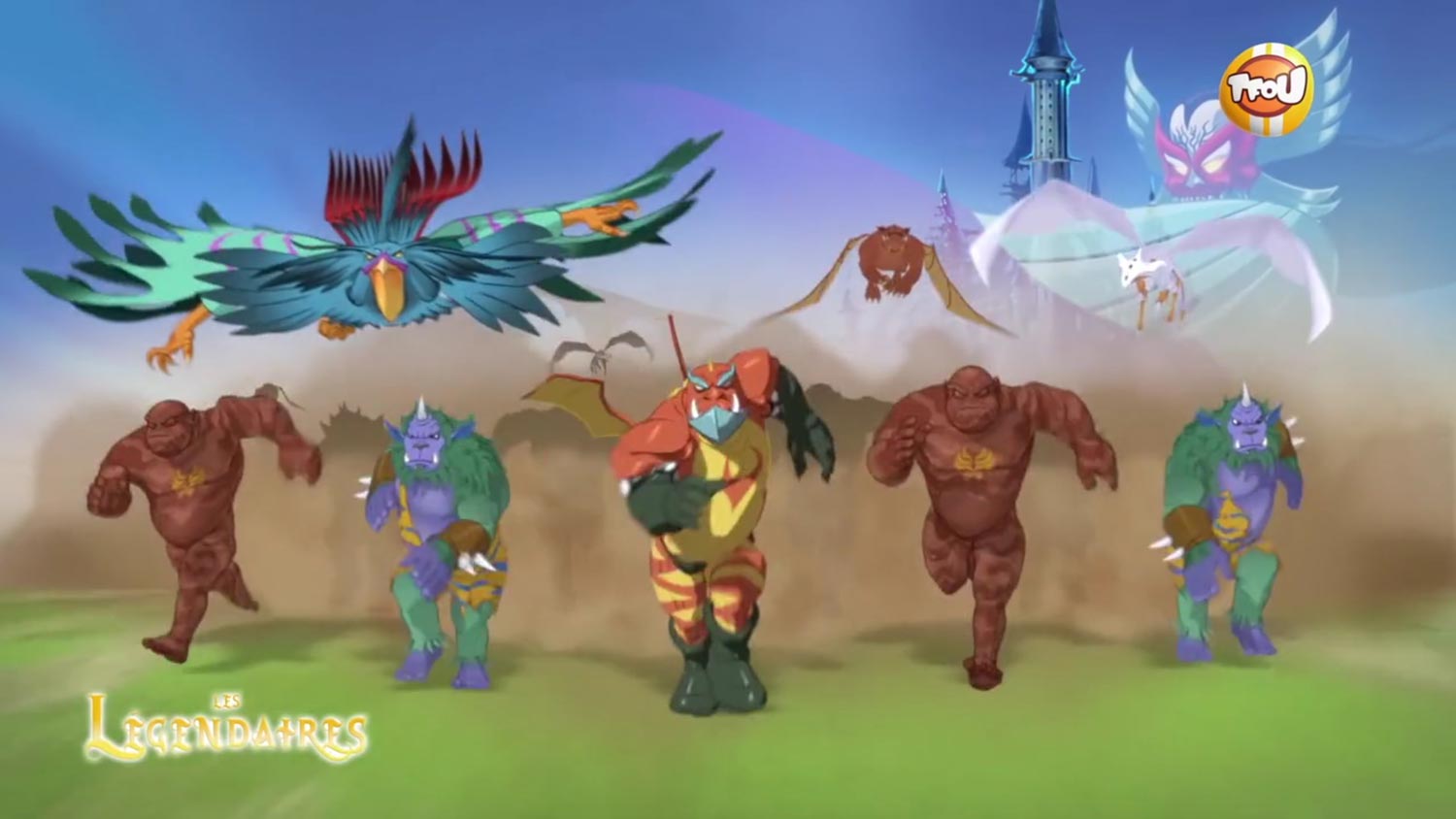 From the eponymous comic book by Patrick Sobral (Éditions Delcourt)

The Legendaries, heroes from the Realm of Alysia, are brave, fearless and indomitable. By fighting the dreadful wizard Darkhell to prevent him from becoming even more powerful and to reign supreme, Danaël, Jadina, Shimy, Gryf and Razzia have accidentally broken the Jovenia Stone, the stone of eternal youth. Every since, all adults from Alaysia and from the Elve world have reverted into childhood… Our heroes are set on breaking the spell and fixing their mistake by finding the Crescia Stone, the only one that will reverse Jovenia’s effect and restore adulthood.

Victim of an accident, Marona, a half-breed brown Labrador, remembers her different masters she has loved unconditionally. With her unfailing empathy, Marona has brought lightness and innocence in each of the homes she has lived in. 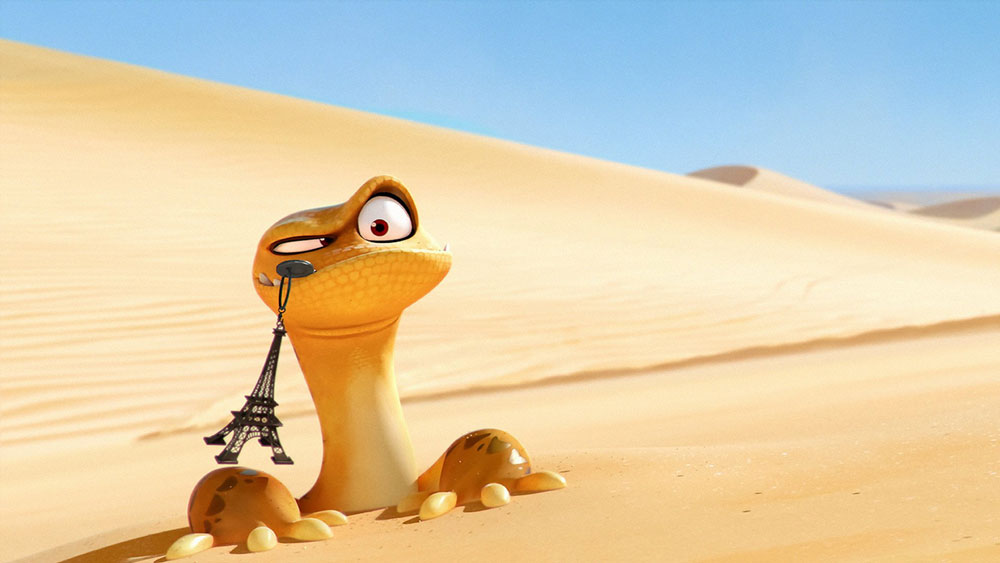 Sahara: before anything, it is about sand. Sand everywhere, for as far as the eye can see, waves of sand, crushed by a scorching sun. This is where lives the wildlife of the Saharan desert: snakes, scorpions, gecko, tarantula…. Sahara tells the extravagant adventures of Ajar the snake and Pitt, the scorpion, through this hostile universe.

Illustrious and unknown. How Jacques Jaujard saved the Louvres

The movie tells how Jacques Jaujard, director of the National Museums during World War II, saved the masterpieces of the Louvres from the Nazi looting. By organizing the evacuation and exodus of more than 4 000 treasures (including Mona Lisa and the Seated Scribe), this great resistance fighter and senior official has thwarted Hitler’s greed, fooled Vichy’s government saved the heritage and protected lives. From the high-speed chase under the bullets to the multiple disasters he managed to avoid, the fight of Jaujard is eventually unveiled. Performed by Mathieu Amalric, this account, filled with testimonies, animated sequences and original archives, foster a documentary that is like the hero it describes: elegant, quixotic, methodical and thorough.

With the support of the CNC, of the Louvre museum, of the European MEDIA program, of the PROCIREP-ANGOA, and of A plus Image (Sofica)

Easter island, the moment of truth

It is just a 25km long island, lost in the middle of the Pacific Ocean, 3 500km away from any inhabited area. Yet, about this plot unleashes many passions since it holds one of the most beautiful treasure of humanity: these world famous majestic stone statues, the Moai. Who were the Rapa Nui, the people able to erect such statues? Where did these men and women come from? And why this civilization disappeared? The debate has been raging for decades between scientists. This documentary may clarify some mysteries…

Allah is not obliged

From the eponymous novel by Ahmadou Kourouma

Birahima, a Guinean child recently orphaned, goes to join his aunt in Liberia. He is escorted by Yacouba, a big-hearted hero. But the tribe war is raging and threw them into violence. Birahima becomes a child soldier.

Three cute kids, three inseparable children. Two brothers and one sister of the same age, these are the Triplets! Having three kids at home inevitably leads to three times more jokes and mischief, and three times more tenderness.

Small stories taking place in a seaside resort that looks like every other resorts. Well, almost like very other resorts… This animated series will protect you from gloom and doom, spf 30! This biting-humored series takes a satirical look at our little quirks. The first season takes place at the beach. Every episode is to be savoured like a sweet, thoughtlessly, under an umbrella… 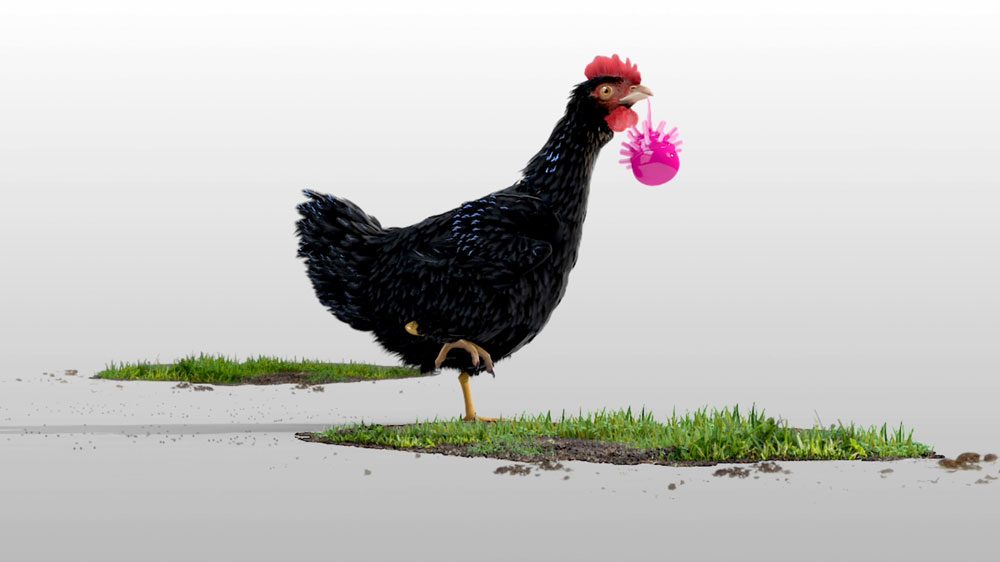 Collection of twelve short movie for the MuCEM (Museum of European and Mediterranean civilizations) of Marseille. Eight short movies dealing with the Wonders of the World, and four short movies dedicated to temporary exhibitions.

Director and Storyline
Marion Desseigne-Ravel
Production
Perspective Films
TNZPV Studio
took care of the 2D and 3D animation, of the tracking and of the VFX.

In the subway, a man. He comes from an East European country. He wanders, without work, and tries to survive as he can. He randomly meets a man from his hometown. This brief confrontation will resurrect feelings he had deeply buried.

Jamy Gourmaud is well known in France for his educational charisma in the scientific show « C’est pas sorcier », but he is also very good at explaining things in this collection of films as instructive as they are pleasant…

The 70th anniversary of the landings

Special program animated by Marie Drucker, Fabrice d’Almeida, Peter Herrly and Stéphane Bern 3D reconstitutions and CGI illustrate this special program about June the 6th, 1944, and specifically Utah Beach, rediscovered thanks to augmented reality. On each place of commemoration in Normandy, the war veterans will share their reactions and testimonies. After a lunch between the heads of state at the Bénouville Castle, the international ceremony starts at 3p.m in Ouistreham, with Angela Merkel, Barack Obama, Vladimir Poutine and Queen Elizabeth II.

Toulon 1942, the scutting of the French navy

On the 27th of November, 1942, the fleet of the French navy sinks into the port of Toulon. It is not because of an attack, the French themselves sank their boats: on the 173 ships that were in the harbour, more than 85 of them are sent to the bottom. This disaster is the outcome of a a strategy launched in June 1940 by the armistice army, caught up in its inconsistencies, led to the cutting of its own fleet. With the archives available as well as the testimony of a few surviving and of historians, the documentary revisits this dark episode of French history.

With the support of the CNC, of the PROCIREP, of the INA, of the Region Provence Alpes Côte d’Azur